“Casserole in a Potato Skin”


Think of Twice Baked Potatoes as a casserole in a potato skin! The restaurant customers certainly do!

Add whatever toppings you might want to try or ingredients you have on hand. 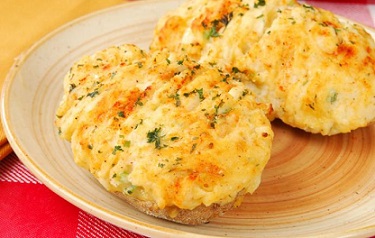 Add a tossed green salad to an enhanced version of these potatoes and you'll have an entire meal. Or - as prepared in this recipe, they are a popular accompaniment to an entree.

Making these potatoes is a little bit of a hassle but it is not difficult and once the basic idea (technique) is mastered, you can do almost anything to enhance them. Adding ingredients you have on hand or want to try can be great fun. Taste the potatoes and then check your refrigerator or pantry. Add more of whatever you like. If the potatoes are too thick, add a splash or milk or even buttermilk. And remember, these potatoes can be frozen before baking the second time so you can have an easy meal later on.

To make twice baked potatoes, you first must bake whole potatoes. I recommend using russet potatoes for these.

Scrub your potatoes under cold water, poke them several times with a fork and place them on your oven rack in the lower third of your oven at 350 degrees F for about an hour. 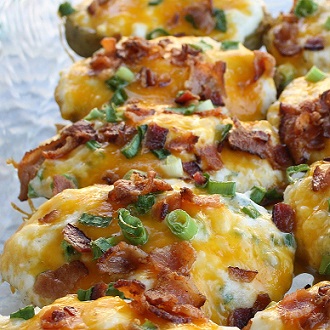 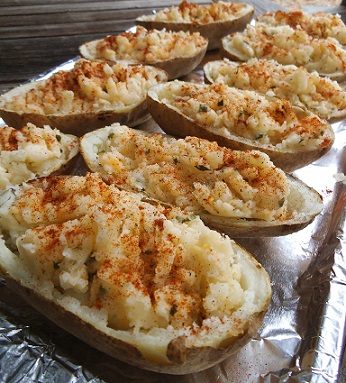 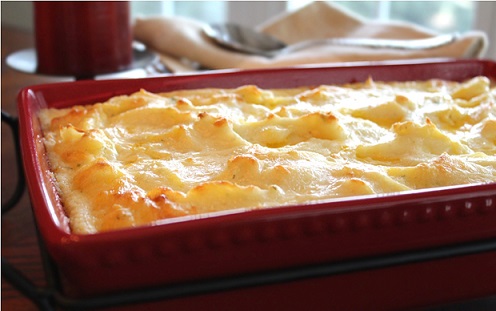 Enjoy your delicious twice baked potatoes and the company of those you share them with!


Did you know? Very few words have a birthday so precise, and so precisely known, as couch potato.

It was on July 15, 1976, we are told that couch potato came into being, uttered by Tom Iacino of Pasadena, California, during a telephone conversation. He was a member of a Southern California group humorously opposing the fads of exercise and healthy diet in favor of vegetating before the TV and eating junk food (1973).

Because their lives centered on television--the boob tube (1966)--they called themselves boob tubers. Iacino apparently took the brilliant next step and substituted potato as a synonym for tuber. Thinking of where that potato sits to watch the tube, he came up with couch potato.