This Raspberry Lemonade Recipe may have helped a community project move forward, one day, at my home.

You understand, my community-activist husband invited two very important (influential) members of the community to our home to "socialize." I knew the motive ...a community project that many people wanted "jump-started."

My husband never seemed to be or become anxious at such meetings. I was always somewhat nervous, not because such guests (who frequent the restaurant) are unkind or totally the most important people I know. That's wrong.

I just hate any tensions or possible tensions among guests. Sometimes business and liquor don't mix. On the other hand, sometimes things work out. This was such an occasion. 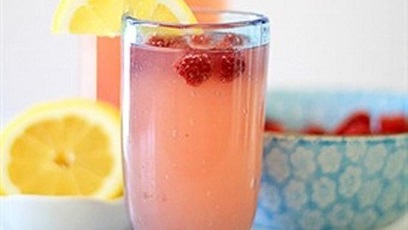 So not long after saying, "Hi, how are ya?" etc., my job was to offer beverages.

Since no one at this 5 PM get-together was on-duty, my husband started things off by asking for a Scotch on-the-rocks. Neither of the women wanted a Scotch. One asked me to bring her and the other lady something "refreshing and smooth." 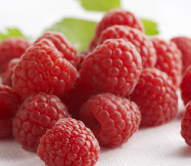 I had just made a vodka raspberry lemonade drink for a friend of mine a couple of days before. She raved about it ...so ...two more were made and served that day.

Then two more were made and served. Yes, they loved them (fortunately).

And so, after an hour and a half and a couple of raspberry lemonade beverages, an understanding was reached that day. The community project would get done, maybe even fast-tracked.

So here you have a vodka drink recipe that helped get a community building project completed - on time and under budget. What a rarity.

Was this raspberry lemonade recipe the reason the community saw the requested project completed? Probably not ...but it makes for an interesting story. :-) 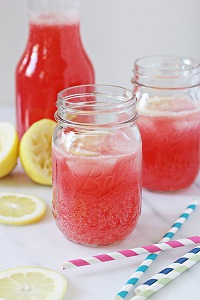 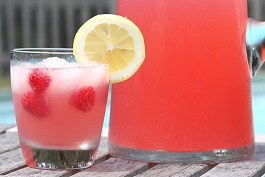 Thanks for spending a little of your valuable time with me. I hope this restaurant drink recipe works as well for you as it did for me! :-)


Did you know? The origin of vodka is a contentious. There is little historical material is available.

The first production was either in Poland in the 8th century, or in the area of today's Russia in the late 9th century according to different sources.

According to the Gin and Vodka Association, the first distillery was documented over three hundred years later (1174).