There are more than 3,000 varieties of pears world-wide!

In the United States, four pear varieties are commonly available: Bartlett, Anjou, Bosc and Comice, along with a few specialty types like Asian and Nellis pears. 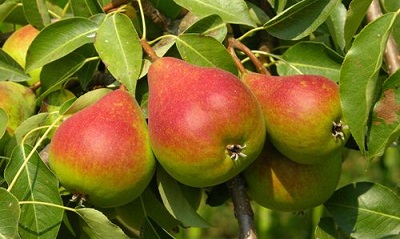 I personally love to eat fresh pears and I like to use them in salads and other cooking endeavors.

I am lucky to live in Washington State.

Pear orchards are abundant in my home state of Washington and neighboring state of Oregon. They are a Northwest treasure, or as the Greek poet, Homer, described them, they are a “gift of the gods.”

Washington and Oregon are major pear producers for the entire world. This is probably the only region in the U.S. to possess the necessary combination of climate and geography needed to produce the high quality, delicious pears.

There are four primary growing areas within these two states that account for the vast majority of marketable pears ( Mid-Columbia/Hood River area, the Medford District in southern Oregon, the Wenatchee Valley in north central Washington and the Yakima Valley). 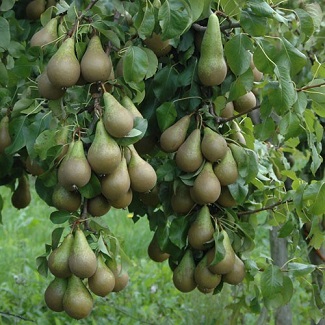 
Just to give you an idea of how much these two states produce:

Northwest pear varieties are the same or similar to those first cultivated in France and Belgium where they were prized for their delicate flavor, buttery texture, and long storage life.


The most common varieties grown are:

There are lots of pears to choose from. See how many types of pears you can find at your own grocery store and take some of each home to enjoy and see which variety you like best.

Don't miss the article on pairing pears with cheese and wine. 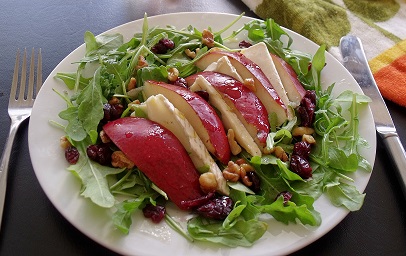 I hope you found the pear facts of interest. Please remember to check out all the restaurant recipes that use pears in a variety of ways.


Did you know? There is evidence of pears being used as a food since prehistoric times.

The pear is native to coastal and mildly temperate regions of the Old World, from Western Europe and North Africa east right across Asia.

Back to Pear Salad Page