This French Chocolate Pie is delicious - so much so it quickly becomes addictive. I have been making it for over 3 decades at the restaurant and people never get tired of it.

This chocolate pie is easy to make but it is so popular the restaurant still has a tough time just keeping it in the "house."

This pie recipe is basically a delicious chocolate mousse in a pie crust or Oreo pie crust. You'll really like it! 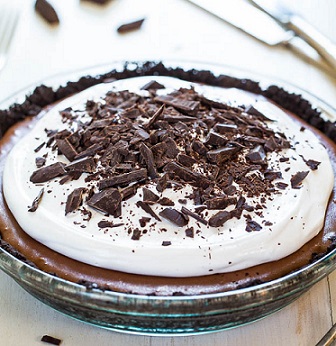 To serve:  Garnish with whipped topping and more grated or shaved chocolate 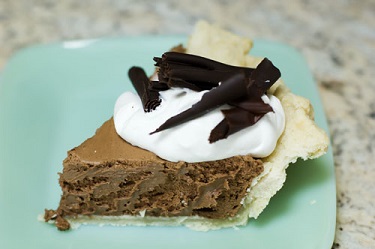 Enjoy your Pie and the company of those you share it with!


"Cut my pie into four pieces. I don't think I could eat eight."