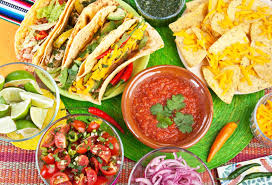 Cinco De Mayo is recognized as a good reason to have a party in some parts of Mexico and the United States.

It was May 5, 1862 when the Mexican militia defeated the French at Puebla, Mexico. This victory eventually led to the unifying of the Mexican people. This is not their day of independence, but rather a successful effort toward driving the French from their country. Mexico's Independence Day is actually September 16. 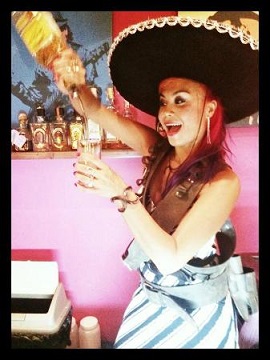 Mexico and the U. S. are forever bound together, just as the U.S. is with our northern neighbor, Canada. Our people mingle, marry, have children, enjoy each other’s cultural roots, enhance each other’s knowledge and strengthen each other’s lives.

One of the things I thoroughly appreciate is the Hispanic influence in our culinary pursuits. How could we ever have not had salsas, guacamole and other dips, enchiladas, tacos, chili con queso, tamales, fajitas and quesadillas ...or tequila? To not have these as options on our table would be missing a real treat. What we would have missed!

The mingling of cultures has led to completely new foods such as the famous and famously delicious "Tex-Mex" foods and "Cal-Mex" dishes.

I am (not) sorry to admit it, but there are times when nothing else will satisfy but a delicious enchilada or taco. I'm just waiting for the day that medical researchers admit that hot chilies cure cancer - or something! How about you! ?

Actually, there are no specific foods associated with celebrating Cinco de Mayo (May 5). But Mexican holidays or celebrations bring a number of delicious foods to our minds.

What do people eat in Mexico?

The variety of food available in Mexico is huge, with unique dishes for each region as you move from the north to the south, east to west, with many regional styles throughout, just as it is in America and, I suspect, throughout most of the world. There is no real official dish of Mexico. When asked, my Hispanic friends just tell me everything is good. :-)

The corn tortilla is one food item that may be common throughout Mexico. Corn originates from Mexico and is still a main staple there, even though flour is becoming more and more popular. Everywhere I traveled in Mexico I saw food stands offering a variety of tacos, all using corn tortillas. And corn tortillas are still made fresh daily in stores, bakeries and food stands everywhere in Mexico. So if Mexico did decide to have an official dish, it would probably be a corn tortilla taco.

Beef, chicken and pork dishes are popular throughout the Mexico, and of course fish is a main stay near Mexico's long pacific and Caribbean coasts. You'll find vegetables of every kind and include the traditional beans, often served with rice.

There is also a large variety of salsas and chilies including the very hot habanero common in the south. 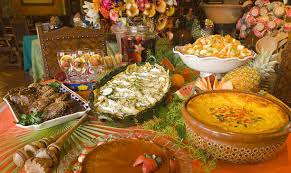 Although Cinco de Mayo is NOT independence day for Mexico, the victory at Pueblo helped unify Mexico.

The country was elated their poorly armed troops of 4,500 men were able to defeat France’s invasion of 6,500 to 8,000 well-equipped soldiers.

And even though Cinco de Mayo is a national holiday in Mexico, it’s only widely celebrated in Pueblo.

Back to Holiday And Special Menus