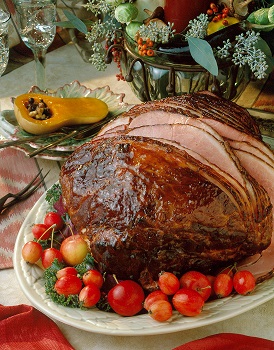 The recipe is not difficult but the glaze of apricot nectar and preserves with orange marmalade really is a popular flavor enhancement.

You can use a pit ham for this recipe if you wish. It is a smoked, boneless ham that is completely skinned and trimmed of excess fat. It is a great time-saver, but is still a flavorful, tender, juicy ham. 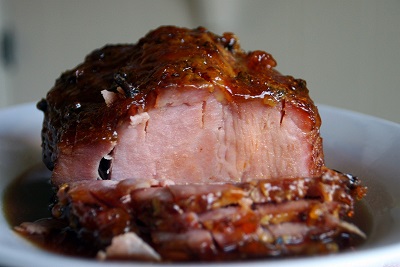 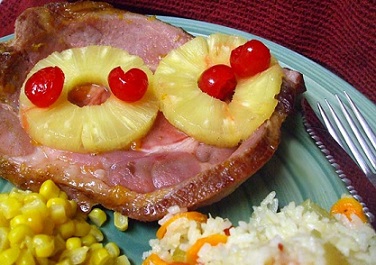 Enjoy your Apricot Glazed Ham Recipe and the company of those you share it with!


“Carve a ham as if you were shaving the face of a friend.”

Back to Restaurant Pork Recipes